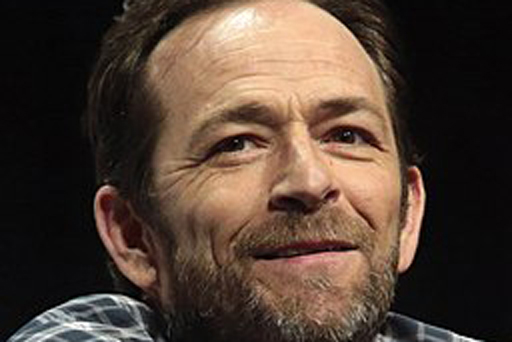 I grew up in the 90s. In a time before cell phones (not to mention before smart phones). When we would actually have to watch television at the exact time a show was on the TV (unless, of course you knew how to program a VCR, but who really knew how to do that!), and we would have to sit through these things called commercials. And on television in the 90s was a show I’ll never forget, Beverly Hills 90210.

One of the best characters on the show was Dylan McKay, played by Luke Perry, whose given name was Coy Luther Perry, III. My male friends and I all wanted to be Dylan in real life, and so we would watch him on TV and imagine that we were as cool and as handsome as him. Dylan was so cool that he virtually invented the art of the answering message when his machine famously said, “this is Dylan, you know the drill.”

Unfortunately, Luke Perry suffered a stroke earlier this month, and he died on March 11, 2019 at the age of 52. In Perry’s death we can learn a few estate planning lessons because his is the rare example of an estate plan gone right.

First, on a simplistic level, Perry actually had a will that he created in 2015. Perry created the will while going through a cancer scare, and, as a result, he was prepared for his sudden death. I talk to clients all the time (some who are much older than 52) that don’t have wills at all, or who should have updated their wills years ago. Perry defied those odds and was prepared; therefore, Perry’s children, Jack and Sophie, will receive their inheritance in the manner that Perry preferred.

Second, Perry executed health documents such as a health directive and/or a medical power of attorney and/or living will, which allowed his family to remove life support when it became clear that Perry would not recover from his stroke. Without those documents a protracted legal battle might have taken place (as it did with Terri Schiavo).

On the other hand, Perry was engaged to Wendy Madison Bauer, who he reportedly met before he created the will. Had Perry married Bauer (and absent any prenuptial or other agreements), she would have at least been entitled to an elective share of his estate (roughly 1/3 of his assets) even though she was probably not mentioned in the 2015 will. Perry’s failure to marry Bauer should result in her being left out of his estate entirely, which may not have been Perry’s wishes. If Perry wanted to include Bauer in his estate, he should have either updated his will or used non-probate assets (in this case, assets that have beneficiary forms, like life insurance or retirement assets) to leave her something.

There will never be another Dylan McKay. And as the stars of my youth age, I am reminded of the importance of planning for aging. Perry’s planning teaches us why it’s so crucial to plan and to update that plan as one’s life situation changes. If you have any questions about your estate planning in New Jersey or New York City, please feel free to contact Alec Borenstein at alec@bmcestateplanning.com or call 908-236-6457.