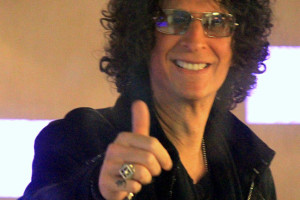 Thank you for reading the August edition of BMC’s End of the Month Newsletter. I heard an interesting story on the Howard Stern Show (for research, of course) this week, and it actually related to estate planning! The story answers the age-old question: What happens when your beneficiaries kill you?

According to many news outlets, including the New York Daily News and Howard Stern’s partner, Robin Quivers, Penn State Professor Ronald Bettig was murdered in mid-August by Danelle Geier and George Ishler because they thought they were beneficiaries in Bettig’s will. Apparently they thought if they murdered Bettig they would receive their inheritance a little faster.

Bettig might have been an astute estate planner, but his killers were clearly not very good at planning. Ishler and Geier had actually planned to kill Bettig on a Delaware Beach before deciding there was an easier way to hasten Bettig’s demise.

Ishler told Bettig that he had marijuana plants in a nearby quarry that Bettig could harvest. When they reached the quarry, Ishler pushed Bettig over an 80-foot cliff to his death. According to various sources, Bettig was in a relationship with the younger Geier at some point as well, which probably contributed to the murderers’ decision to kill Bettig.

All of this leads to the question: What happens when your beneficiaries are the ones to kill you?

Enter the Slayer Statue, which wins the prize for the best statute name ever. In New Jersey, under Statute NJSA 3B:7-1.1:

An individual who is responsible for the intentional killing of the decedent forfeits all benefits under this title with respect to the decedents estate, including an intestate share, an elective share, an omitted spouses, domestic partners or childs share, exempt property and a family allowance. If the decedent died intestate, the decedents intestate estate passes as if the killer disclaimed his share.

The New Jersey Supreme Court said the Slayer Rule is “so essential to the observance of morality and justice [that it] has been universally recognized in the laws of civilized communities for centuries and is as old as equity.” Neiman v. Hurff, 11 N.J. 55, 60-62 (1952).

Thus, if you are murdered by your beneficiaries they will not inherit you.

It’s too late for Mr. Bettig, but be sure that when you tell your beneficiaries they will be inheriting your assets, they know that it’s not worth it to make your wishes come true earlier than intended!

If you have any estate planning questions, please feel free to call us at (908) 236-6457, or email me at alec@bmcestateplanning.com.