Have You Seen Prince’s Will? 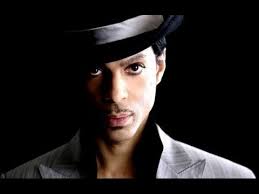 Prince (Rogers Nelson) died last week (April 21, 2016). There have been endless articles about the music legend, ranging from his love of religion to how his eccentricities made him a global music phenomenon.

As a kid growing up in the 1980s, I was a Prince fan. He was such an odd character, and his music was so different, that it is hard not to feel a sense of loss from his passing.

But that’s the fan perspective. From the estate planning perspective, things are about to get very interesting. Prince’s younger sister, Tyka Nelson, said in a court filing on Tuesday (April 26, 2016), that Prince died without a Will. Ms. Nelson asked the court to appoint the St. Paul-based Bremer Bank temporary authorization over Prince’s affairs, calling the situation “an emergency.”

I personally have a hard time believing that Prince died without some Will or Trust. Prince was known to be a savvy businessperson, and the thought of his leaving his estate to the whims of Minnesota intestate law are unthinkable.

In 2015, Prince’s estate made $55 million. He owned properties in Minnesota estimated to be worth $27 million. Moreover, Prince has a massive collection of songs that he never released. Most estimates have Prince’s estate valued over $100 million, but those are early estimates. It could be worth MUCH more.

Under Minnesota intestate law (i.e., the default estate laws for Minnesota when there is no Will), all of Prince’s assets would be divided between his sister and his half-siblings, assuming he was not married and had no children. That’s a huge windfall for people who might not be used to vast sums of wealth, and a situation that is ripe for conflicts and lawsuits. I’ve seen people fight over $50,000 as much as they do over $500 million. And they will fight, assuming there was no plan in place for them. Prince should have created trusts for his family to protect them from themselves.

Prince died at 57. He was young. I can’t believe he didn’t have a Will or Trust. But if the rumors and court papers are true, we could be in for a long fight ahead. Stay tuned.

If you have any estate planning questions, please feel free to call us at (908) 236-6457, or contact alec@bmcestateplanning.com.