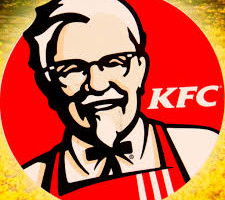 Happy New Year! In the culinary world, a secret recipe is everything. For fast food giant KFC, the recipe for its chicken is so closely guarded that it sits in a 770-pound safe covered in two feet of concrete and monitored by motion sensors and video cameras. Seriously, it sounds like something out of a Mission Impossible movie!

Yet recently, as covered in a New York Times article, the company’s lip-smacking spice blend may have been revealed to the world via the last will and testament of Colonel Sanders’ second wife. It all started this past August when Jay Jones, a reporter for The Chicago Tribune, traveled to Corbin, Kentucky to write a piece about the town where the famous Colonel first made his fried chicken.

Mr. Jones set up a meeting with Colonel Sanders’ nephew, Joe Ledington. At some point during the meeting, Mr. Ledington pulled out an old scrapbook that contained pictures and family memoirs. Allegedly, the scrapbook was the property of Claudia Ledington, Colonel Harland Sanders’ second wife who passed away in 1996. Tucked away in the back of the scrap book was Claudia’s last will and testament. In the last pages of the will was a handwritten recipe for a spice rub. Mr. Ledington claimed that the 11 spices and herbs listed in the last will were in fact the secret recipe locked up tight in a safe weighing nearly 800 pounds.

Yum Foods, the parent company that owns KFC, claims the recipe isn’t accurate. The exact spice blend from Claudia Ledington’s last will and testament is as follows and should be mixed with 2 cups of flower:

Now, from an estate planning perspective, a couple of things can be learned. First, you can bequeath amazing recipes to your descendants. However, if you have a recipe that may be responsible for hundreds of franchise restaurants and billions of dollars in revenue, you may want to update your estate plan. In 1996 when Claudia Ledington passed away, KFC was already a successful brand and household name. Instead of leaving the original spice rub on a hand-written note in the back of a scrap book, she may have wanted to rewrite and seal the document in a safe or safety deposit box.

Whether you need help leaving Grandma’s famous apple pie recipe to your children or establishing a trust, it is in your best interests to contact an experienced estate planning lawyer. If you have any questions, please call us at (908) 236-6457, or email me at alec@bmcestateplanning.com.