Jersey… Wrong? Exodus of the Millennials 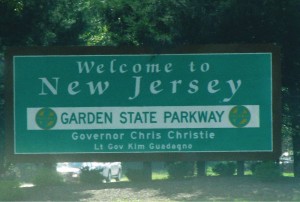 In the past, much has been written about retirees leaving New Jersey in record numbers for multiple reasons — estate tax, inheritance tax, cost of living, population density, weather, and even marijuana legalization. However, now in 2016, it is millennials — that is, individuals between the ages of 18 and 34 — who are leaving the Garden State en masse.

Recently, the New Jersey Business & Industry Association released a report that showed the out-migration of around 2 million N.J. residents between 2004 and 2013 which has cost the state $18 billion in net adjusted gross income. The report goes on to explain that during those eight years in question, the state lost the following potential revenue:

So, where are young New Jerseyans moving to start families, settle down and retire? Not very far it turns out. In fact, the majority of N.J. residents exiting the state are looking for homes in Pennsylvania and New York. This allows millennials to live comfortably out-of-state while still being able to work and visit friends and family in N.J.

From an estate planning perspective, it makes a lot of sense. Even though Governor Christie called for a repeal of N.J.’s estate tax in a January address, the fact remains that N.J. currently has an estate tax AND an inheritance tax. N.J. also has the lowest estate tax exemption — $675,000. Although P.A. has an inheritance tax, the rate is low (4.5 percent for those who die after 2000) in comparison to N.J.’s 11-16 percent.

In addition, N.Y. is in the process of raising its estate tax exemption limit to match the federal exemption of $5.9 million by 2019.  Unless New Jersey changes its estate and inheritance tax, it seems likely that the exodus will continue, especially when affordable living is just across the border and within an hour of friends and family.

If you are thinking about your estate plan, it’s a good idea to speak to a lawyer. For N.J. and N.Y. residents seeking counsel on wills, trusts and other aspects of estate planning, contact Alec Borenstein, Esq., at alec@bmcestateplanning.com, or call 908-236-6457.