What is Happening to New Jersey’s Estate Tax? 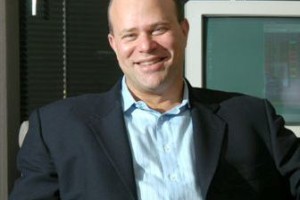 There has been a lot of talk lately about recent developments with New Jersey’s estate tax, and I wanted to pass on a quick update for this month’s newsletter.

But change could be on the way. In February, a state Senate committee passed a bill that would gradually eliminate the estate tax.

From an estate tax perspective, the bill calls for:

Sounds fantastic, right? The problem is that legislators believe the only way to recover the roughly $800 million shortfall from an estate tax change is to raise the gas tax. The reason these legislators give is because of the connection between the estate tax which funds the Transportation Trust Fund, which is currently on course to run out of money by our next (June 2016) newsletter.

This leads to the main question New Jersey legislators should be asking: Is the New Jersey Estate Tax causing residents to leave the state and, thus, lose income tax? According to the state’s 2015 debt report, the answer is a resounding “yes!”

Over 2 million people left the Garden State between 2005 and 2014, costing approximately $18 billion in income according to the New Jersey Business and Industry Association. In April, David Tepper (pictured above), one of New Jersey’s most wealthy residents, announced he was moving to Florida, in big part because of its abusive tax laws.

But there are two sides to every issue. Many legislators say that raising the estate tax at the cost of New Jersey gas prices would cause less wealthy residents to finance the inheritance of the middle and upper classes.

As of right now, nothing is official. There have been hints out of Trenton that they are already expecting a smaller budget as a result of some form of estate tax increase, but we do not know anything for sure. Be sure to stay tuned – once something becomes official, we will let you know!

One last note – from time to time from now on I’ll be mentioning presentations that I’ll be giving with experts related to Estate Planning. On June 9, 2016, I’m going to be presenting at the Metuchen YMCA with an insurance expert. To learn more about this event CLICK HERE.

If you have any estate planning questions, please feel free to call us at (908) 236-6457, or email me at alec@bmcestateplanning.com.