When a Hero Needs a Hero: Stan Lee’s End-of-Life Plan 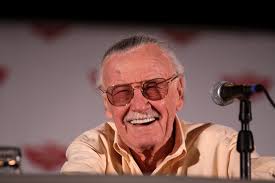 My children love superheroes. Spiderman, Iron Man, Dr. Strange. Every week my youngest son Jack dresses up as Spiderman, and he imagines himself leaping from building to building saving the city. But what happens when a superhero needs a hero of his own?

Stan Lee, the hero-inventor of so many of the superheroes we all know and love, faced that very question toward the end of his life. As you probably know (unless you’re Mike Francesa), Lee died on November 12, 2018 at the age of 95. His passing was very sad for many fans, but Lee’s passing also ended the elder abuse he suffered toward the end of his life. In July 2017, Mr. Lee’s wife Joanie passed away. Joanie’s passing left a vacuum that was filled by many (somewhat nefarious) characters who tried to control Lee and his massive estate (somewhere between $50-$70 million).

The first such character was Lee’s daughter J.C., who has a penchant for spending copious amounts of money. Another character was Jerry Olivarez, a former florist who worked for J.C. and became Lee’s “senior advisor” after Joanie’s death. Once Olivarez assumed control, Lee’s longtime manager, Max Anderson, and collectible dealer Keya Morgan vied to replace Olivarez in Lee’s heart. Earlier this year, Olivarez was accused of misappropriating Lee’s money and – I kid you not – stealing his blood to be used in pens and stamps. (Olivarez denies the claims.) As a result, Olivarez had to exit.
With Olivarez out of the picture, Anderson and Morgan traded threats to best each other in the eyes of our superhero inventor. Eventually, Morgan, along with J.C., ousted Anderson and even changed Lee’s phone number and monitored his email to keep Anderson out of the loop. At one point Morgan actually took Lee, who was battling pneumonia at the time, to Silicon Valley Comic Con. To make a long story short, Morgan chose poorly.

Eventually Morgan was thrusted from Lee’s inner circle because of bogus 911 calls he made about men breaking into Lee’s house, among other things. J.C. was left in charge of Lee until his death. We don’t know for sure how Lee felt about all of this abuse, however we do know that Lee felt his 67-year old daughter J.C., “typically yells and screams at me and cries hysterically if I do not capitulate” when she wants something.  Lee eventually retracted these statements about his relationship with his daughter, but we will never know if Lee’s retraction was willful.

To what extent was Lee abused? When we think of elder abuse, there are two main categories we worry about. The first is Undue Influence. Undue influence is when the elder is unduly influenced to make decisions he or she would not normally make. There is more than a great chance Lee made decisions (Comic Con? Blood Pens? Money to J.C.?) that he would not have made had he not been under the influence of the villains around him.

The second category of elder abuse relates to Incapacity; i.e., does the elderly person have the mental (and/or emotional) capacity to make decisions related to his or her finances and well-being. As Lee got older, his mental faculties were not as they were when he created these heroes, and it’s hard not to wonder about some of the decisions he made. Unfortunately, issues of undue influence and incapacity are becoming the norm nowadays. I cannot tell you how often clients come into my office talking about siblings who used their “powers of attorney” to steal mom’s money. I hear it almost every day and it only happens more often, not less often.

As the heroes in our lives get older, it’s important for us to take care of them in the way they deserve. If you suspect nefarious characters in your life, do not wait until the person who is experiencing the abuse has passed away. Because once he or she passes away, it’s too late. Sometimes our heroes need us to be heroes for them. You can be that hero.

To discuss your estate planning matter with us, contact Alec Borenstein, Esq., a partner with the firm at alec@bmcestateplanning.com or call 908-236-6457 today.