Will Charitable Giving Die with the Death Tax? 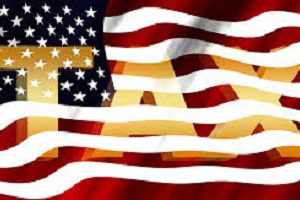 There are three crucial domestic subjects on our minds right now. First, Hurricanes Harvey, Irma and Maria. Our thoughts and prayers go out to Texas, Louisiana, Florida and Puerto Rico, especially in light of what we (in the New York City area) went through with Superstorm Sandy. It’s hard not to think about the devastation. If you’d like to give to the Red Cross, please CLICK HERE.

The third subject is tax reform. Trump has given numerous speeches about tax reform, and all of the political pundits say that Trump and the GOP need “a win” which must come from reforming our tax code.

Many conservatives are ambivalent as they contemplate the repeal of the death tax. On the one hand, GOPers are big believers in charitable giving. On the other hand, conservatives think the death tax is unAmerican and, according to Representative Jim Jordan of Ohio, “It’s peoples’ money. It’s their families’ money. It’s not the government’s money.”

The problem, as I see it, is that too many of our legislators are simply denying the truth. Death tax repeal does not hurt small businesses and farmers as many conservatives say. At most, it hurts 3% of farmers and small businesses.

Thus, the debate. Repeal the unAmerican death tax or maintain the status quo and focus on other tax issues (like the corporate tax). Perhaps there is a middle ground, and I hope there is. Until then, the debate rages on.

(As an important aside to many of my readers, estate tax repeal also has a negative impact on the insurance industry. Wealthy households often use insurance products as: (1) estate tax paying vehicles, (2) charitable giving devices, or (3) estate equalization strategies. If there is no estate tax, there could be no reason for many wealthy people to buy these insurance products.)

To discuss your estate planning matter with us, contact Alec Borenstein, Esq., a partner with the firm at alec@bmcestateplanning.com or call 908-236-6457 today.