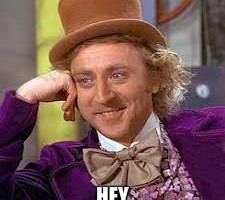 Within the last two months, the world lost a comedic legend. Gene Wilder died on August 29, 2016, after battling with Alzheimer’s disease. Although Wilder faced many physical and mental challenges as a result of the disease, Alzheimer’s “never stole his ability to recognize those that were closest to him, nor took command of his central gentle life-affirming core personality,” according to Wilder’s nephew. The graceful way with which Wilder handled his disease can teach us a couple of very important retirement and estate planning lessons.

First, when Wilder retired, he not only planned well, but he kept things simple. Wilder is famous for saying that he “loved the show, he just didn’t like the business.” For that reason, Wilder lived in Stamford, Connecticut (as opposed to Los Angeles) in a modest home (by celebrity standards) with his fourth wife Karen.

According to Scott Martin, “Unlike most stars we profile, Gene Wilder died somewhere between filthy rich and flat broke, spending down his cash while remaining comfortable to the end.”

In the same vein, it’s critical that we plan our retirements in advance, not only from a legal perspective (with Wills, powers of attorney, living wills, trusts), but from a financial perspective as well. When Wilder retired at 58, he made sure that he was set, which was why he didn’t need to make any bad movies to supplement his retirement like so many actors before him.

Second, Wilder was legally prepared once he received the Alzheimer’s diagnosis. According to the Alzheimer’s Association website, Alzheimer’s disease is the sixth leading cause of death in the United States.  More than five million Americans are living with it, and one in three seniors die with Alzheimer’s or other dementia.  This year alone it will cost our country more than 236 billion dollars.

The fact is dementia is happening more and more often in our country, and many people try to hide the diagnosis as much as possible. This is the exact opposite of what should be done.

Gene Wilder was, in many ways, the actor who made me laugh most as a child. I’ll never forget him, and I hope we can learn from his lessons even in death. If you or someone you know has questions related to Alzheimer’s or dementia, please feel free to call us at (908) 236-6457, or email me at alec@bmcestateplanning.com.